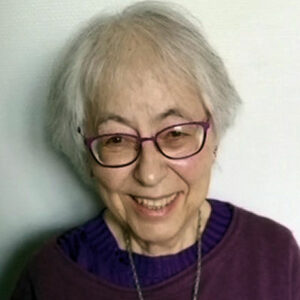 Session: Everyone knows the stories of Isaac Bashevis Singer, and many readers are also familiar with the writings of his brother Israel Joshua Singer, but it is much less well known that their elder sister, Hinde Esther (1891-1954), was also a Yiddish author of distinction. Like her life trajectory, her literary career was very different from her brothers’, though she figures in their writing and is said to be the model for Isaac Bashevis’s Yentl.
Despite the drawbacks of her gender, of poverty and repeated displacement, she published two novels and a collection of short stories, all of which are available in English translation. Her writing reflects her life experience: her intellectual and social frustration in the Polish Jewish community she was born into; her sharp observations of the diamond merchants of Antwerp, where she spent her early married life; the trauma of being a refugee when Antwerp was bombarded during the First World War; and resettling in London for the rest of her life: in all, the uneasy though stimulating awareness of being an outsider.