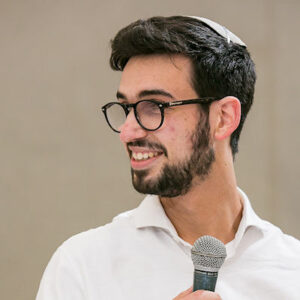 The Bureaucracy of Occupation
Language: English

Session: When talking about the occupation, people often think of checkpoints or the separation barrier. But the occupation wouldn’t exist if it weren’t for the bureaucracy that holds it together. From infrastructure planning to movement permits, the IDF’s Civil Administration is a governing body with enormous power over the lives of the Palestinian population in the occupied territories, yet that population has no say in its makeup and no access to its decision-making process. In this session, we will discuss the role of the Civil Administration, in which I served, and how it perpetuates control over the Palestinians.

Bio: I was raised in London and moved to Israel at the age of 18. I joined the army and served as an officer in the IDF’s Coordinator of Government Activities in the Territories (COGAT) unit, on the border of the Gaza Strip and in the West Bank. In 2019 I joined Breaking the Silence, an organisation of ex-IDF soldiers who work to shed light on the daily reality of Israel’s military rule in the occupied territories.