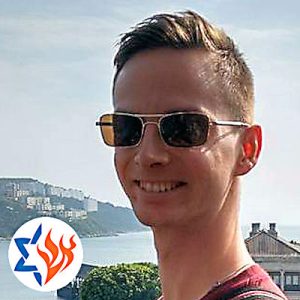 The Jewish community/ies of Luxembourg – regional past and European future?
Language: English

Session: Luxembourg’s Jewish community is typical of today’s European Jewish microcosm: a multicultural mix of people from all over the Jewish world, growing, but at the same time still marked by WWII. While many have predicted the ’end’ of Luxembourgish Jewry since the late 1960s, the last two decades have witnessed new, dynamic changes both in and outside the Jewish community. This session will explore the past of this typical Rhineland community and its increasingly European future.

Bio: Born and raised in Luxembourg David studied Classics and politics in Germany, the UK and Poland. He now works in diplomacy and is currently posted to the Council of Europe. David has been active in Reform Jewish and Zionist movements for the past ten+ years, is a keen reader, sportsman, nature lover and LGBT+ activist.